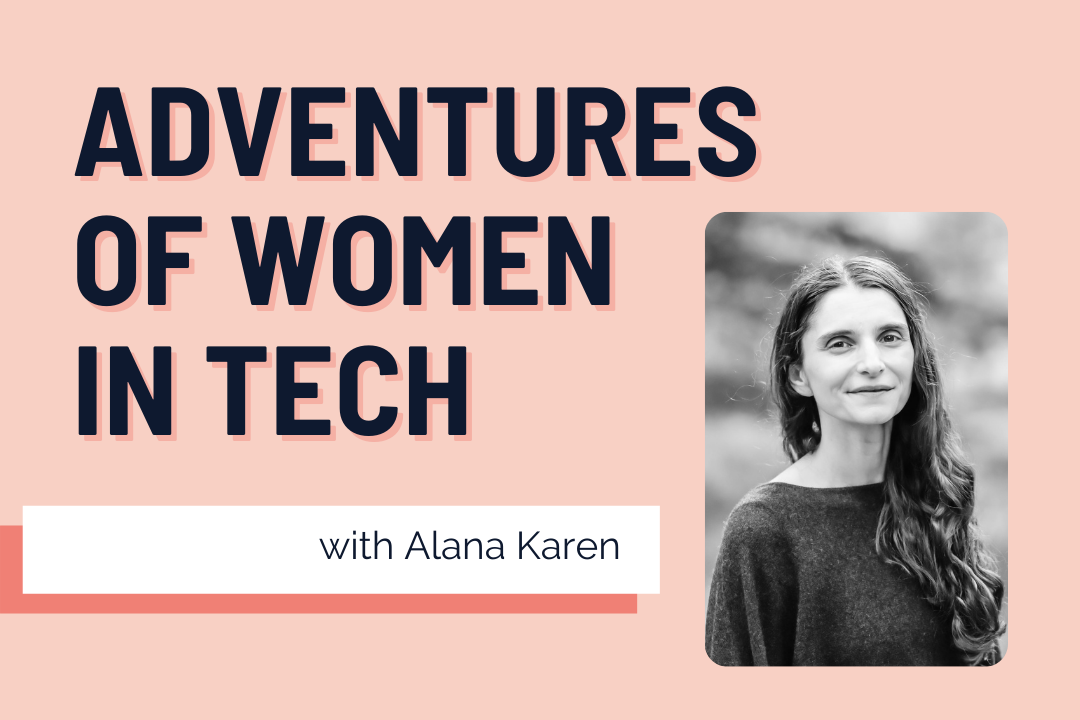 Alana Karen, Google alum and award-winning tech speaker, dropped by The Forem to share a peek inside her book, The Adventures of Women in Tech: How We Got Here and Why We Stay.

Based on her decades of experience navigating the industry and 80+ interviews with a diverse pool of tech-affined women, Alana opens a dialogue about the influence that encumbers females in the traditionally male-dominated space.

From Alana’s fireside chat with The Forem CEO, Alli Young, here are three key pieces of advice to consider if you’re currently working in tech, considering a career in tech, or are simply navigating the unspoken “rules of the corporate game.”

1. Know How to Ask for What You Need

While researching her book, Alana noticed that “the very things that brought women to tech tend to fall apart for them later.” Amongst other motivating factors to enter the field, she names opportunity for impact, a “momentous career,” a culture of belonging, and money, all of which end up being contributing reasons for leaving the industry or pivoting focus down the line.

In other words, what women sought from a career in tech either stalled out eventually or became compromised by other things (i.e., their desire to raise a family, major life/cultural events, etc.). They find themselves in a corner: do I stay, pivot, or leave?

Alana analyzes this ultimatum-type thinking in terms of the female conditioned response to conflict, and points to our innate aversion from simply asking for what we need or want from our careers (thereby prioritizing the needs/opinions of the group over our own). She offers this advice:

When you are talking about yourself you can balance it with the WE. […] This gives you leniency to occasionally ask for things directly (ME, I need this) and if [your employers] don’t accept that…I don’t like that place for you.

She encourages women to use their empathy as a superpower by offering community minded solutions and connecting with colleagues on a more personal level. After all, female leaders tend to be more effective for their ability to do just that.

But: she also warns to be careful of letting it get in the way of going after the things you want. Put simply: you’re allowed to ask for what you need. You deserve that raise, promotion, mat-leave, etc., and if your manager doesn’t agree, then (not before you ask) it’s time you sought a new one who does.

2. Seek a Support System for Stamina

Another major differentiating factor between women who stayed vs. women who left tech was having a strong social support system in place.

Whether it was a personal mentor, an organized community (like The Forem), or something as simple as a Facebook group, those who had others to check in with them and validate their feelings, decisions, etc. were far more likely to stay in tech (and feel confident about doing so).

On the flip side, those who went at it alone suffered more self-doubt and were ultimately more high-risk for bowing out and opting for a different career.

Re: tip #1… while women are programmed to care for the WE, we’re also hard-pressed to seek community in the interest of helping ourselves.

Having someone in your circle to act as a sounding board for stress, offer advice, and present an objective view of your potential is an underrated asset of highly successful people. Being independent doesn’t have to equal being lonely, and none of your accolades are lost from leaning on a team every now and then.

In Alana’s words: “nothing will work out unless you believe you are worthy and deserve those things.” To this point, she coined the phrase: own your awesome.

Or: know what makes you great, and embrace it.

We’re often told as women not to be emotional and to essentially fall in line with the dominating male archetype for corporate success, i.e., attack, take control, don’t show your cards…

Yet, from countless studies, we know that there are far better ways to motivate a team—namely, developing authentic relationships with your team members (something that typically comes more naturally for women).

Bottom line: don’t fall into the trap of assuming that just because something is the norm, that means it’s the best. Tradition has failed us plenty of times, and no one who ever made positive change did so from falling in line.

You deserve to build a career for yourself by following your passions and embracing your strengths, rather than shying away when you don’t fit the mold, or (worse) bending to “squeeze” in.

These tips are only the icing on the cake… Order Alana’s book, The Adventures of Women in Tech, for a saga of testimonials and insights from women who stayed, left, and are just starting out in the tech industry.