The Cash Cost of The Glass Ceiling: How Biases Break the Company Bank 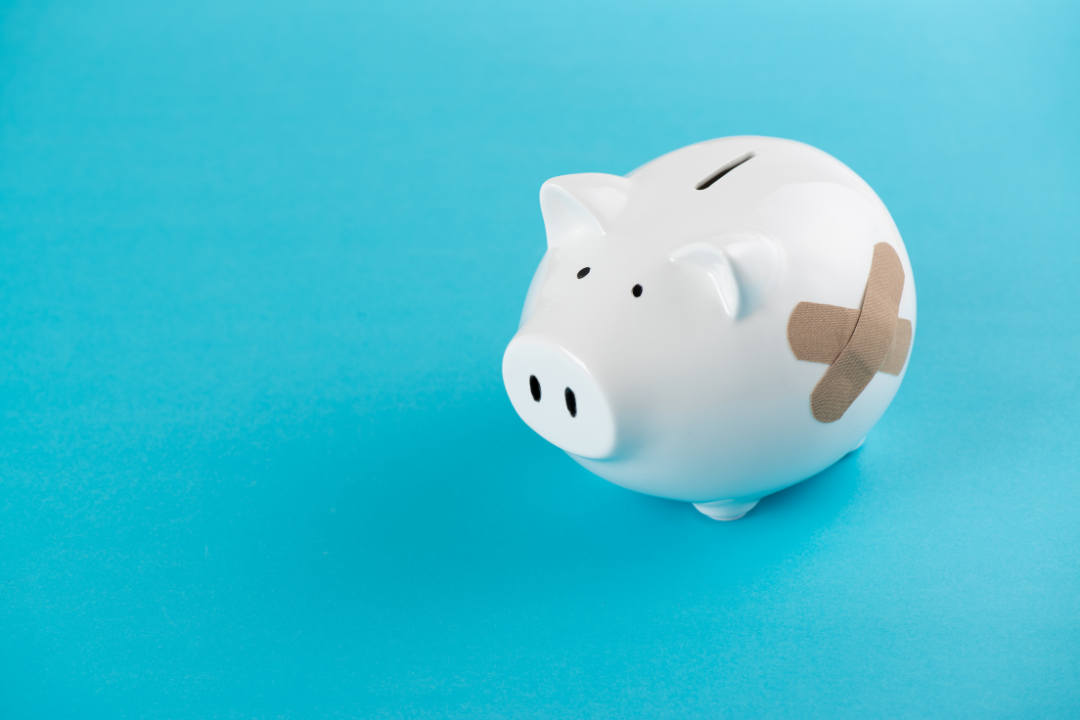 It’s been well over 40 years since Marilyn Loden coined the term “The Glass Ceiling,” and yet, while the percentage of women in the workforce drastically increased since the late 1970s, the “barriers to advancement that [are] cultural not personal” (in Loden’s words) remain a hindrance to progress – and not just for individuals’ career prospects.

While women’s equity at work is undoubtedly a social justice issue, backlit by unyielding pay gaps, occupational segregation, and stale expectations of family caregiving, its negligence is also a force of economic undoing, ignored by the majority of Fortune 1000 organizations.

Although many organizations are taking steps to achieving corporate gender parity, their approach to remedying The Glass Ceiling commonly falls short of real impact, and in turn, leads to attrition costs and hemorrhaged potential revenue.

According to the 2021 McKinsey & Co. Women in the Workplace report (in association with Lean In), “More than 90 percent of companies track women’s overall representation, but only 65 percent track gender differences in promotion rates.”

Herein lies the problem. Despite women’s leadership styles being traditionally more effective, and more recently in high demand – due in part to their tendency to index well on fostering belonging and DEI – the focus remains on reaching company-wide gender quotas, rather than building representation at the top.

A cross-industry global survey found that the presence of women at the top rung of corporate leadership boasted notable returns for firm performance. However, given that the study found zero correlation between performance and board gender quotas, the research suggests a need for women to rise through the corporate ranks organically in order to absorb the most financial impact.

In other words: instead of cherry picking female representatives to improve the facade of equity at the organization, leadership needs to examine mobility barriers that may be holding their female talent pool back (frequently at that first rung up to “manager”) and ultimately pushing them out of the door.

Failure to do so can rack up associated attrition costs.

According to data from the HR fintech platform Gusto in November 2021, a gender “quits” gap showed women resigning from their posts at a rate .63 percentage points above males, most predominantly amongst “prime-age” workers, age 25-64 – a trend they suggest is on the rise.

While we tend to think about The Glass Ceiling as the most indicative “dropping-off” point for female employees, the broad age range represented in these resignation notices suggests that there are factors that motivate women to leave long before they get within arm’s length of the corner office.

Professor of Law at UC-Hastings, Joan C. Williams, would credit a percentage of this attrition to “The Maternal Wall” – a term she minted to describe the barriers that childbearing can erect to a woman’s career.

At first instinct, the concept may be interpreted as a side-effect of a woman’s increased responsibilities as a caregiver, and/or her inability to prioritize her career… which is incorrect. It actually boils down to her treatment once she begins building a family.

When a woman becomes pregnant (or even elects to adopt), infectious stereotypes about womens’ “sensitive” and/or “soft” demeanor, coupled with long-held views of effective corporate leadership (assertive, numbers-driven, inherently masculine…) begin to pose legitimate threats to her workplace reputation and potential for career advancement.

This isn’t just a matter of social discrimination amongst colleagues (which is, for the record, also a roadblock for many womens’ careers). Because of permeating biases across predominantly male management and senior leadership, backhanded “accommodations” to support womens’ “motherly responsibilities” often play out as “downshifts” of their roles (i.e., demotions with a ribbon on top).

While flexibility and paternal leave (to equalize caregiving expectations) are essentials, women are either met with silence that forces them to exit in pursuit of less restrictive roles, or they are “‘steered’ into positions with lower profiles, pay and promotion prospects,” according to research from Goldman Sachs.

But women aren’t the only ones who suffer from these warped translations.

Female managers consistently receive higher engagement scores and approval ratings from their team members compared to men. If the saying is true – “people quit bosses, not companies” – (and in general, it is) loss or lack of female leadership at any level can be reasonably tied to attrition rates throughout an organization.

Not to mention: promotion biases quickly become transparent to talent and, over time, will downscore the organization’s DEI performance (a key diagnostic for “happier, more creative [team members that] are less likely to quit”).

How Can Gender Equity Make Money for an Organization?

You do the math: investing to keep women on board through all phases of their professional and personal development is well worth the return…and it’s a big return.

A 2020 McKinsey & Co. study, looking at the effects of COVID-19 on gender equality, calculates that immediate action “to advance gender equality could be valuable, adding $13 trillion to global GDP in 2030 compared with the *gender-regressive scenario” (*referring to the DEI backslide incurred by the pandemic). Not only that, but profits and share performance are expected to climb by nearly 50 percent for organizations with healthy female representation across leadership.

It is clear that biases lead to immobility (and/or siphoned mobility, catered to a favored few), and it is doubly true that when unchecked, this systemic oppression creates deep cuts along the road to the C-Suite that bleed out talent and revenue.

So, what can organizations do to target these biases, begin healing wounds, and ultimately turn a new (profitable) leaf with their female talent?

Disconnects between company messaging and real-time company culture are common, though not as commonly confronted.

If while reading this you found yourself assuming that your org ranks above the status quo, you might consider thinking twice.

McKinsey & Co. and LeanIn.org report that “Eighty-six percent of companies say it’s “very or extremely” critical that managers support their team members’ well-being, but only 25 percent formally recognize those who do this—and a similar trend holds for DEI work.”

Why does this matter? For one: recognition supports employee motivation and engagement. Reports also conclude that when “companies prioritize DEI, employees are happier, less burned out, and less likely to consider leaving their company,” so it’s pretty shocking that the individuals who are mobilizing these initiatives aren’t being applauded for doing so, especially in the midst of what is (for many organizations) a retention crisis.

There is clearly a disconnect between the well-established value of an equitable, inclusive workplace, and the actual strategies and steps (or lack thereof) that organizations are taking to achieve that end.

Yes, items like mandatory harassment training, diversity and bias training, as well as flexible workplace policies related to caregiving are a huge step in the right direction.

But the quickest, most sustaining – and yet least trekked path forward – is cross-functional career advancement training.

A Case for Alternative L&D

To demonstrate the need for a mobility-focused strategy (to alleviate both gender equity issues and retention risks), let’s look at the retail industry…

Despite women holding majority representation industry-wide (most predominantly at the IC sales level, calling 70-80% of the shots related to purchasing), only 12% of the field’s C-Suite seats are held by women.

As Melissa Campanelli, cofounder of the Women in Retail Leadership Circle, tells Business Insider, what this illustrates is a “pipeline problem.”

Women are hired in droves, yet overlooked time and time again for opportunities that will help move them up the ranks into positions of senior leadership.

Why is this so?

The instant women move beyond their majority-stake rung, the dynamics of the game change. Having become the minority gender with a history of social and systemic discrimination weighing down their confidence, they oftentimes double their work in an effort to “prove themselves” as worthy.

The problem is: many employees don’t know how to actually prove themselves effectively, let alone without succumbing to social pressures that diminish their inherent leadership skills and put them at risk of burnout.

At The Forem, we’ve defined these exact skills – the success habits and competencies that support career advancement within the unique corporate arena. Not only for women, but for people of color and other traditionally immobilized talent, to help them translate their potential into profitability for the evolving enterprise.

For an organization to be truly equitable and inclusive – and to benefit from the innovativeness, competitiveness, and sustainability that rides tandem – diverse voices must live (and thrive) at all ranks of the corporate ladder.

The Forem’s six-week Level Up Career Advancement bootcamp equips and empowers individuals with the arsenal they need to achieve those higher levels of influence, but it all begins with a little investment from the top-down.

When there is buy-in from the org, a recognition of the struggles they face within a biased work culture, and a targeted approach to uplifting their stake, employees feel safer and more motivated to take control of their career growth, effectively mobilizing into more positions of influence (economically and socially).

Interested in learning more about Level Up for your organization? Get in touch with our team.