From Grit to Quit: Knowing When Walking Away is OK 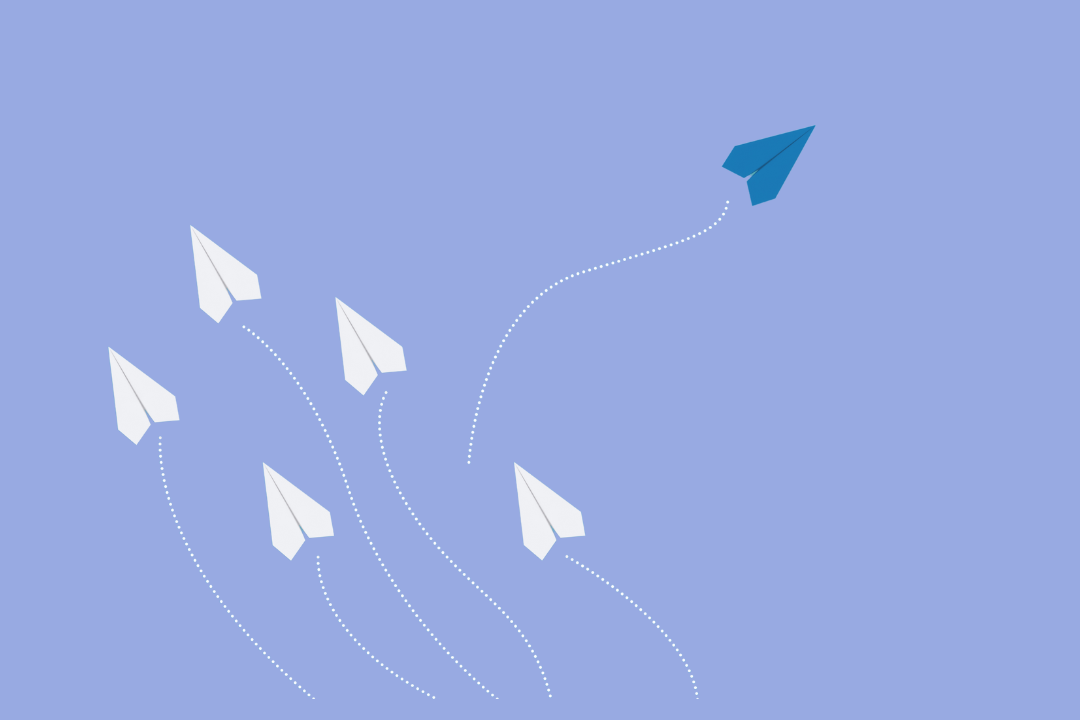 A potent combination of passion and persistence: grit is an organizational superpower. On the flipside, one might assume that quitting is a form of workplace kryptonite, aligned with the larger cultural tendency to glorify gutting it out and vilify walking away. Or, as Vince Lombardi put it, “Winners never quit and quitters never win.”

However, according to author and decision-making consultant Annie Duke, winners are winners because they quit. In fact, quitting is as crucial to success as grit; neither is more virtuous than the other. It comes down to knowing when walking away from a goal is actually more productive in the long run than persevering.

The problem: throwing in the towel is incredibly hard to do amid surrounding stigmas, even when in pursuit of a new, better towel (in the form of a new goal).

In her book, Quit: The Power of Knowing When to Walk Away, Duke makes the case for overcoming this resistance to quitting. It can be difficult to see when you’re stuck on the wrong path, but business leaders can benefit workplace wellness, heightened productivity, and an overall sense of prolonged achievement by simply offering the insight if/when it is time to quit that path and hop on another.

When it comes to quitting, people have two big fears: being a failure and wasting their time.

According to an article from McKinsey & Co., leaders are particularly averse to quitting because of its association with failure. Leaders tend to push projects through because they believe that if people work hard enough and long enough, success is inevitable. As a result, some projects keep growing without a critical eye to assess if that is warranted. That can mean missing out on more productive uses of time and energy while employees fall risk to burnout trying to keep up with it all.

The anti-quit mindset is compounded by the sunk-cost fallacy. According to this bias, people avoid walking away because of the effort and resources already put into a project, rather than the accumulating investment of resources if the project continues. Put simply, people want to avoid feeling like they’ve wasted their time.

The sunk-cost fallacy in action: fifteen minutes into watching a movie, an individual realizes it’s a terrible film. However, instead of walking out and gaining time for a more enjoyable activity, the individual finishes the film to avoid feeling like the cost of the ticket and the fifteen minutes were wasted resources.

Decision-making biases like the sunk-cost fallacy are powerful, and it takes time and experience for leaders to know when to ignore the instinct to keep going and pivot to more meaningful goals.

Pinpointing the optimal moment to walk away is not an exact science, but there are several strategies leaders can use to gauge if quitting is the best organizational decision, and at what point. 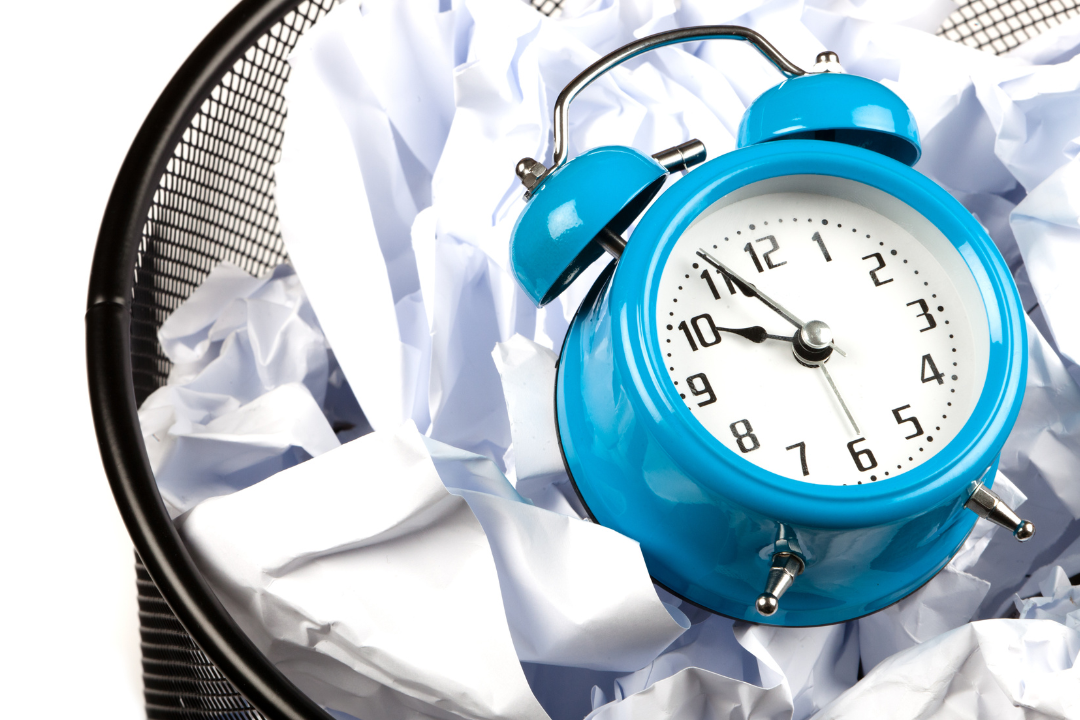 The time between setting a goal and reaching it can get murky in terms of accurately calibrating progress. That’s one reason Duke recommends establishing a set of “kill criteria” that help you determine if and when you should abandon a project rather than stick it out.

Kill criteria works best when it includes a “state and date.” The state is the condition of a project and the date is the when. EX: “If I am not in X state by Y date, then I should quit.”

While passionate commitment to goals is a good quality to have, it can also cloud one’s judgment on when to walk away. This forward-thinking commitment safeguards individuals against becoming too emotional to assess progress when they are deep into a project. Pre-established guidelines ensure more rational thinking.

However, the pull of the sunk-cost fallacy and the aversion to failure can override an objective decision-making process — even with proactive guardrails. That’s when an honest mentor is invaluable.

2. Be a quitting mentor

One reason feedback is vital to career development is that it can give employees perspective from someone who is invested in their success, but not necessarily emotionally tied to the same work. Leaders therefore have a responsibility to help judge the progress of a project and if/when it might be time to walk away.

As Duke puts it:

“Life is just too short to be spending our time on things that aren’t worthwhile. We all need people around us who will tell us when we’re on the wrong path.”

However, there’s a warning label attached to this advice. Never drop “you should quit” bombs on unprepared employees. While a mentor might foresee a winning long-game because of a decision to quit, an advisee could perceive the instinct to dip out early as mistrust in their work or potential. What’s worse: telling someone to quit without priming them with the proper context could have the opposite effect — urging them to double down even harder to prove you wrong.

Leaders should take an empathetic approach by imagining their feedback from the perspective of each employee, being mindful of personal passions or the desire to grow through new risks that may be clouding their judgment. Remember: the idea of “failure” is likely looming over their head.

If a  suggestion to quit is met with pushback, return to step #2, and help to establish kill criteria with a timeline for revisiting the conversation. 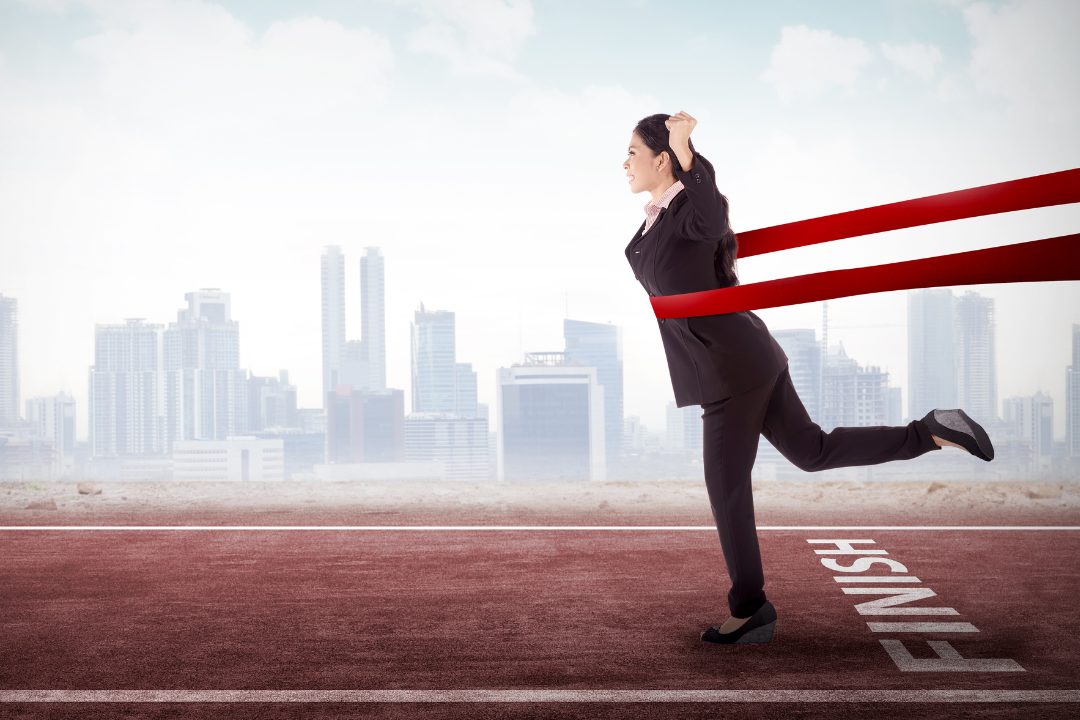 Goals motivate us toward achievements, but, (cue: your best Darth Vader impression) they also have a dark side.

For one, goals are often perceived as inflexible. You either reach them or you don’t, which heightens the sense of loss if you quit. Hence: the surprising number of stories about marathon runners who finish races despite broken legs and near-crippling pain (a Google search reveals plenty of examples).

The presence of a finish line means there is only one way to define success. To do anything less than cross that line would mean “wasted” training despite any health and wellness benefits gained along the way.

Likewise, if an employee believes that achieving a specific outcome is the make-it-or-break-it moment for career advancement, she is likely to grit it out rather than speak up to advance an alternative option.

Fortunately, we can rethink goal-setting to improve our ability to cut our losses and move on when it’s warranted. A goal doesn’t need to be one grand finale, but a series of benchmarks that help us celebrate how far we’ve come, making that stretch of time between the start and end of a project marked by multiple finish lines — and multiple opportunities to reflect on professional growth.

For leaders, this could mean switching up performance evaluations from reviewing employees on their ability to hit a final outcome, to accounting for smaller victories along the way. This builds a growth mindset culture that values learning and development alongside KPIs.

Bottom line…. While quitting might present the illusion of failure and wasted effort, it is just as important as grit in supporting the success and resiliency of an organization to pursue the most productive and worthwhile goals.

For more on how leaders can help guide teams toward the best path for meaningful work and worthwhile goals, check out these additional resources from The Forem’s blog…

How the Overemployment Trend Can Help Us Re-Imagine Work

5 Assets to Build an Intrapreneur Mindset

What Business Leaders Can Learn from the Quiet Quitting Trend