The Lesser-Known Superpower Every Organization Needs

Grit is the pursuit of long-term goals with intense passion and unwavering perseverance.

Angela Duckworth’s bestselling book, Grit: The Power of Passion and Perseverance, gives individuals a playbook for cultivating this special skill. Her key insight: success isn’t dependent on intelligence (Duckworth herself grew up being told by her scientist father that she lacked “genius”). It’s about committing to “big goals” despite tough odds.

Why that’s important: anyone can cultivate grit, and that means anyone can reach the level of success to which they aspire. From a business perspective, cultivating grit org-wide means bettering the company’s ability to navigate times of crisis and uncertainty. (We’re looking at you, 2020, 2021, 2022…)

It goes without saying: grit is one of the most valuable attributes of a successful operation. But how can business leaders integrate this superpower into their company’s culture?

Passion is an emotional investment in a goal, project, cause, or idea, and can vary in intensity. For example,some passions are high on emotion but short on lifespan.

Think of outlining your New Year’s resolutions. You feel all the feels — the excitement, the energy, the eagerness to crush it. Fast forward a month, and that initial chutzpah fizzles after you clear the first few hurdles (it happens to all of us).

Other passions — the kind tied to grit — are deeper and more forceful; they drive you forward and give you meaning, even when you don’t feel passionate. Alas, setbacks still happen, and sometimes the bigger the goal, the bigger the challenges. Enter: perseverance.

Perseverance: the unyielding choice to pursue a long-term goal no matter the challenges, setbacks, or failures.

When intense passion meets perseverance, you get grit. Cue: Rocky Balboa raising his fists atop the stairs of the Philadelphia Museum of Art.

Traits of a Gritty Organization

Not surprisingly, some organizations have more grit than others. That difference gets highlighted during a crisis. It’s the grittier organizations that are better prepared to respond and to get even stronger because of the difficulties they endure.

Some characteristics of a gritty organization…. 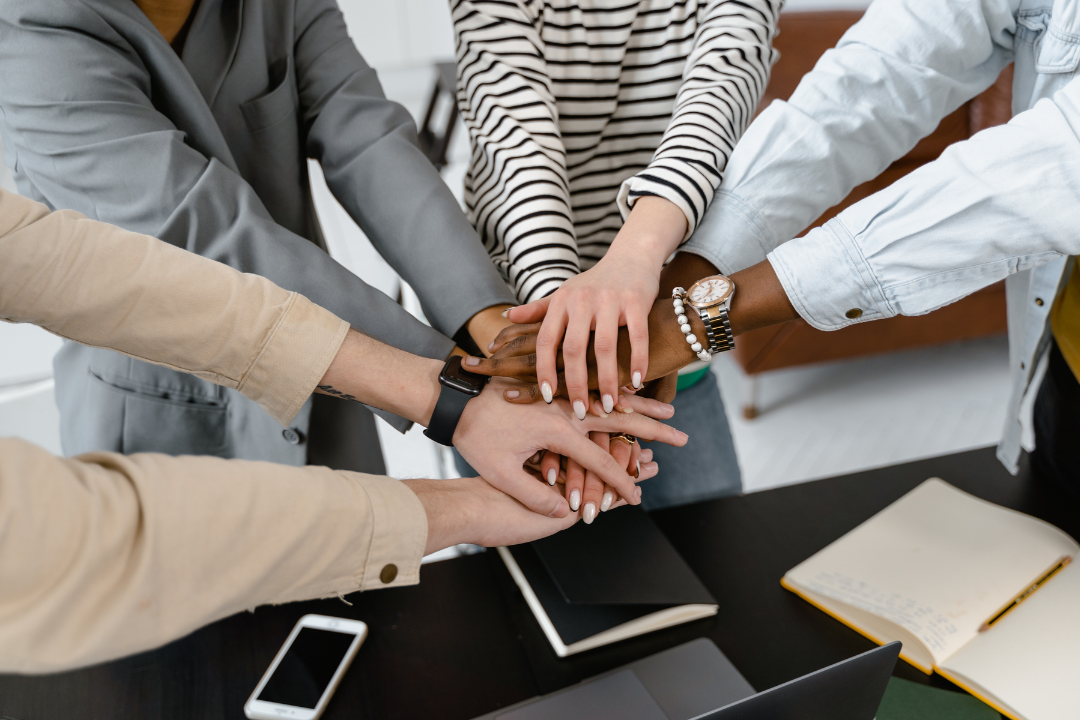 Ready to up your grit game? It might be harder than you think.

In their Harvard Business Review article, “Organizational Grit”, Thomas H. Lee and Angela Duckworth warn that “assembling a group of gritty people does not necessarily create a gritty organization.” Sure, you’ll end up with super passionate individuals, but that doesn’t mean all that energy will funnel into the company’s bottom line.

Organizational grit results from deliberate, purposeful choices from the top-down. Below are some actionable steps business leaders can leverage to help their company “get gritty.”

People emulate those they perceive as successful, so leaders are perfectly poised to demonstrate grit in action for more employees to follow suit.

(Note: this is yet another argument in favor of DEI. The more employees see similarities between themselves and the leadership at their company, the more likely they are to follow in their footsteps. Diverse talent in positions of authority and mentorship are key motivators for underrepresented entry-level workers to stay with the organization long-term and rise up the ranks in tow.)

Research shows that HR managers play a frontline role in promoting employees that boost the impact of grit at an organization. Managers should be on the lookout for transformational emerging leaders: people who see beyond the now and problem-solve through times of change — and then motivate others to do the same.

These leaders perceive limitations as mere hurdles rather than stop signs. And mistakes…well, those are learning opportunities. According to research on grit published in the journal, Research in Organizational Behavior, gritty leaders perceive themselves as works in progress, and that inspires employees to be more engaged and less likely to quit.

This research also describes the best environment for cultivating grit as one that balances support with high standards. Bulking up the perseverance muscle involves ongoing practice in setting and achieving challenging goals. That’s why effective leaders push employees to excel, but also provide actionable guidelines and resources to support success.

The more people experience the rewards of meeting benchmarks, the more capable they become of persevering through the ups and downs of chasing even longer-term goals.  Which brings us to the next point….

Grit is synonymous with a growth mindset: the belief that skills and abilities can be developed over time. With the right opportunity and enough work, there are no limits to success.

Contrast that with a fixed mindset: the belief that there is a cap to how much someone can learn and grow. A fixed mindset makes it easier to tap out when things get tough because you succumb to the myth of a “success limit.”

The (HUGE) problem with this: fixed mindset organizations are less likely to invest in people from within the organization. They think talent is something to find rather than develop.

If you suspect this may be the case at your company, look at how leadership communicates with employees. According to Grit, managers can stimulate a growth mindset orientation by revising their organizational language.

Example: replace “talent” with “skill” to underscore that improvement is possible with effort and persistence.

And rather than tell someone that it’s okay if they “can’t” do something, make a significant change with a single word… “yet.” 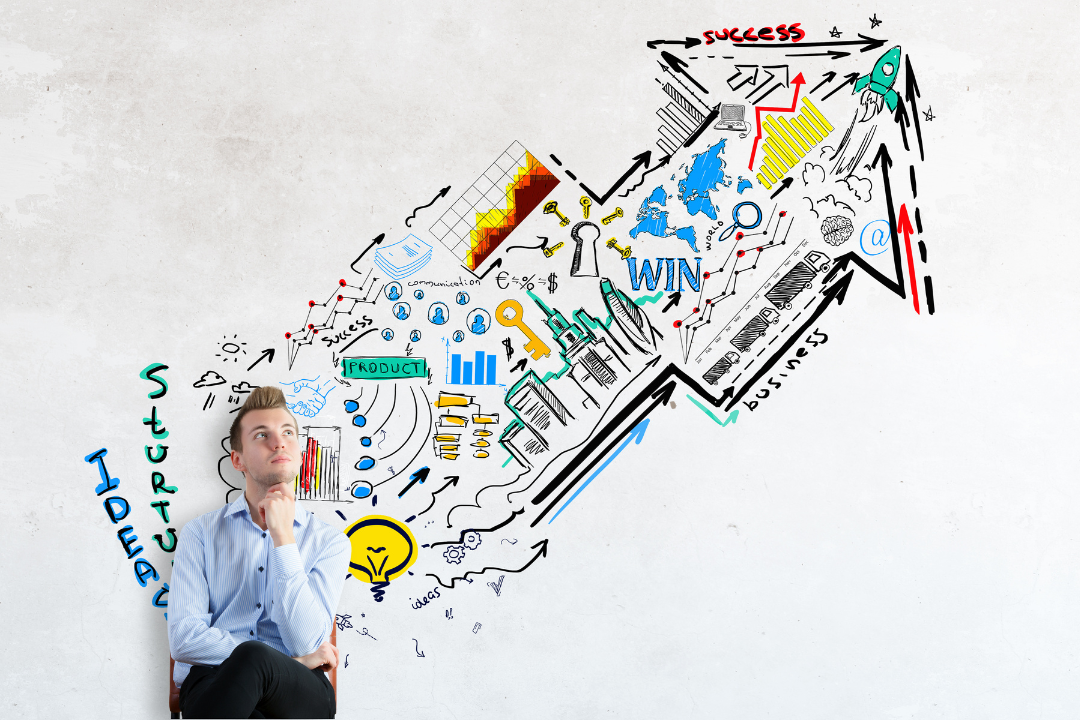 Gritty organizations see untapped potential in their employees, so naturally, they are more invested in learning and development. These companies recognize the power of continuous improvement from entry-level to the C-suite…but with an open mind for each employee’s unique personal passions

Gritty organizations support employees in designing a career path that is right for them, with the autonomy and freedom to explore facets of their work that fascinate them — perhaps even outside the lines of their traditional vertical.

Disclaimer: Duckworth warns that gritty employees may outgrow their current roles as their growth and passions deepen. But, a truly gritty organization won’t fear an employee’s desire to pivot in new directions, and can actually use this creative drive to their advantage.

Bonus tip: grit, it seems, is also heightened when employees have flexibility in their workday, making the hybrid work environment well-suited — especially if that’s how employees do their best work.

The benefits of organizational grit are attractive: superior retention, more work engagement, and heightened job performance. Grittier employees are more likely to stick it out through challenges, especially if they believe the organization is doing meaningful work.

But there’s another problem. It’s easy to agree with the benefits of a gritty organization, and a whole other thing to make it happen, especially within time and budget constraints.

Business leaders have a responsibility to elevate their growth through proven learning experiences — not one-off classes or webinars, but instructor-led, live training that delivers a meaningful experience, sustained ROI, and an overall “grittier” culture.

All that said, most companies are ill-equipped to coordinate that kind of org-wide transformation without the right partner (and without breaking the bank).

Learn more about how The Forem can super-charge your organizational grit (or see how we do it with a live demo).

Are Your Employees Falling for These Confidence Crushers?

What Quiet Employees Want Their Managers to Know